(Chris cycled 950 miles on his Gocycle G3 from Land’s End to John O’Groats to increase awareness of mental health and fundraise for Young Minds.)

“The bike made the physical bit easy – it enabled the journey.”

I am not sure how to register to become an official end to ender, but that was not really the point. It had taken me a fraction under 14 days to cover the approximately 950 miles or so of my solo route from Land’s End to John O’Groats and there hadn’t been a day when I didn’t ponder on how I would feel as I completed the journey.

The reality though was perhaps not what I expected. The final 16 miles on the last morning was in pouring rain and a northerly breeze. I got to the sign post at just after 0930 – my hands and feet were numb; the phone signal died 2 miles out at the top of the last peak; and I was wearing all the clothes I possessed save some tracky bottoms. 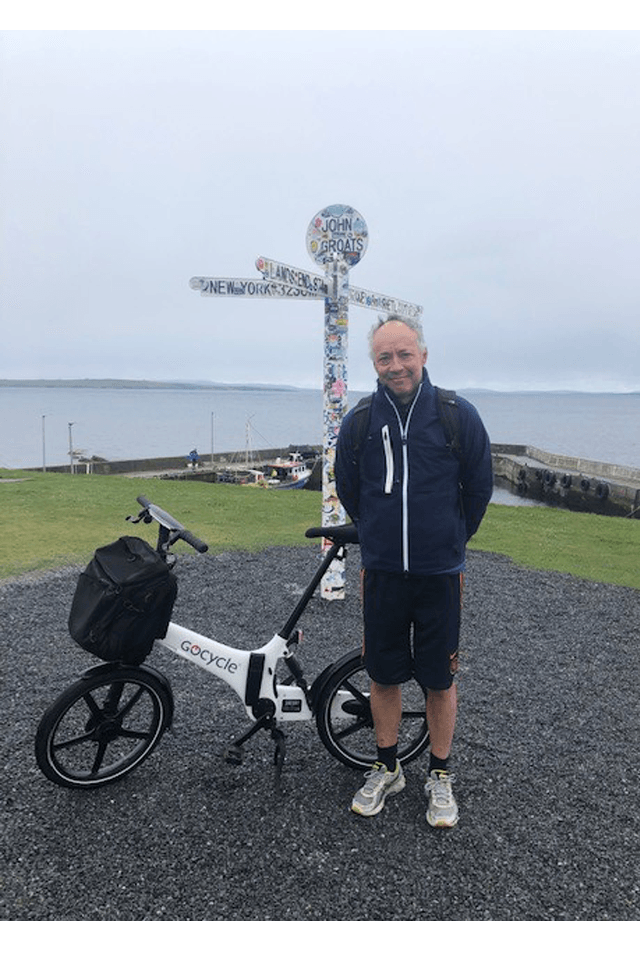 So, at the end of my journey I couldn’t actually tell anyone. Two motor bikers, equally wet and cold kindly took my photo on my phone. I went to the cafe and had a cold coffee from some indifferent staff and a couple of Australians asked me if I had come far – “Land’s End” I proudly said. “Where is that”, they said. I got back on my best friend for life (BFF) Gocycle and we cycled back to Wick as fast we could. The numbness in my feet and hands and face didn’t matter. Job done.

This was a journey about mental health. My daughter, Harri, has been challenged by it. She has survived some horrendous experiences. She fights through. Continuously. Young Minds is a charity that has supported her. Harri pays back the charity by being an advocate for them – being prepared to explain and talk about mental health, and the stigma that surrounds it. I try and support her and do likewise. It’s not a badge, it’s a horror. It’s partly where the idea to do Land’s End to John O’Groats (LEJOG) came from. I was wondering about how to raise money for the charity and out of an ad hoc conversation I secured a really generous donation of £5K from a company I have worked with called Palantir Technologies. Two weeks later I was on the road on my bike heading north. 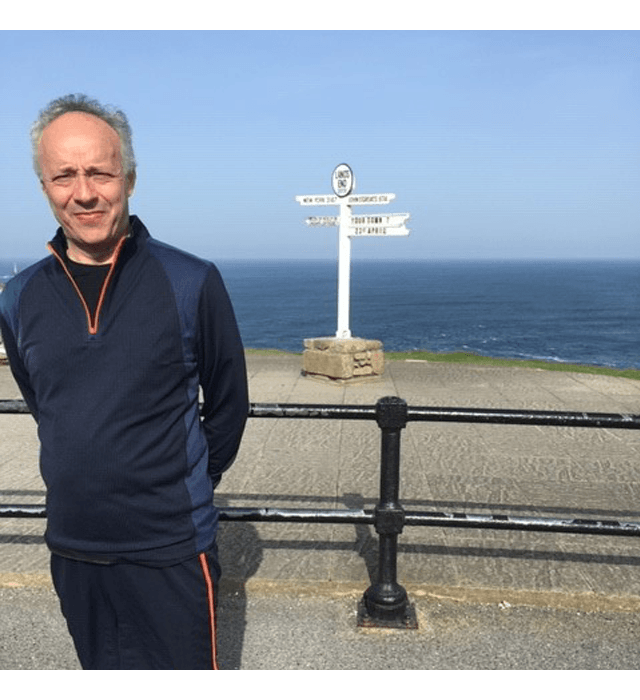 I didn’t tell my mother I was doing the journey until I had completed it. I didn’t want to worry her. Actually, I was a little unsure whether I could at almost 57 do it. I wasn’t entirely sure it was a sensible idea. She asked me about training and planning. I am afraid that I let myself down – as a naval officer you would have expected this to have been meticulous. In fact I did none. I frequently cycled a couple of miles to and from work on a Brompton some days of the week but that was about it. I didn’t book ahead as I was not sure how far I would get each day or actually how many days I would do. 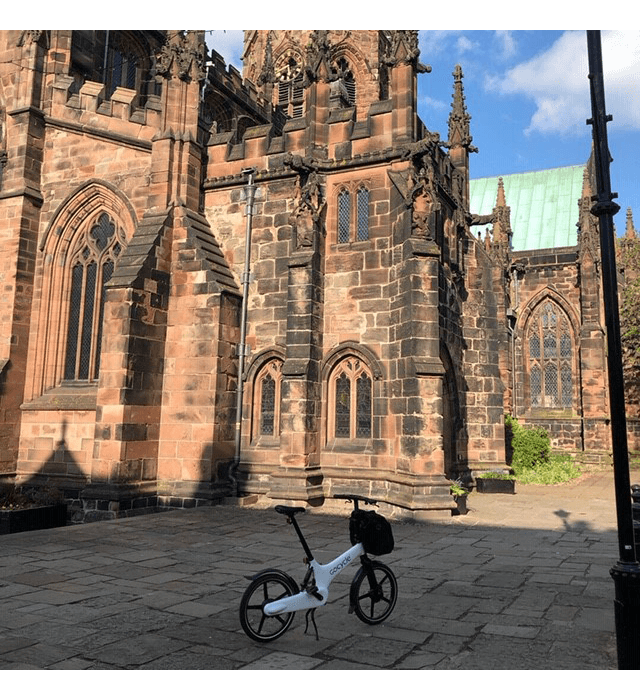 On average I did around 70 miles or so a day – some were more and others less. I generally cycled in what I would call a manual mode and had set my own LEJOG profile on the app. This required a lot of effort before the battery cut in – my view was I needed to always have some fall back charge. Generally, I finished most days with the charge at around 50% or so. There was only one day (lost in some lanes off Exmoor) where it was empty. The bike never let me down. The seat was comfortable – for the most part I didn’t use padded shorts. The geometry was fab and the gear ratios fine. There was no climb that was beyond the bike and that included 1400’ climbs in Shap, the Cairngorms and several more further north. I had two punctures, one in each in tyre, oddly on the same day on good road surfaces. If there was a weakness in the bike and me partnership, it was going to be me. 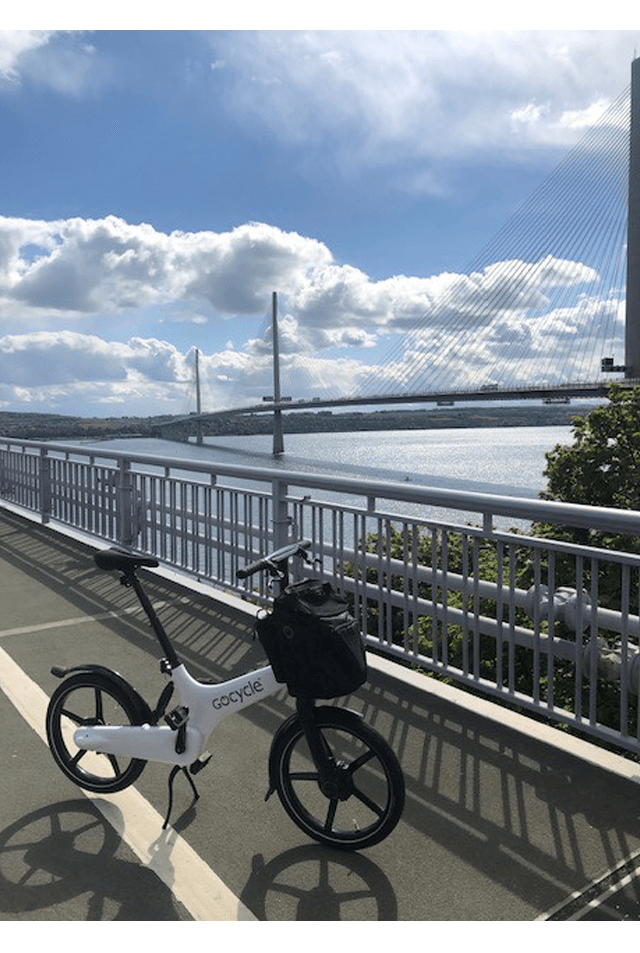 And so back to the journey and the challenge. The bike made the physical bit easy – it enabled the journey. The real challenge for me was the mental one. I had read that Cornwall and Devon were the worst bits. Not for me – it started at Shap and over the following days through Scotland when the wind turned northerly and cold. I thought I was finished 30 miles after Pitlochry after 4 hours climbing against the wind to the Pass of Drumochter in literally, sun, rain, hail and snow and then having to pedal downhill. The following couple of days were not much better and I would be a liar if I didn’t tell you that each day I looked frequently to where the stations were and the train times. I talked to myself; I talked to the bike. The bike and I just got our heads down each morning and focused and pedalled. At night I had nightmares of interminable tarmac and white lines. 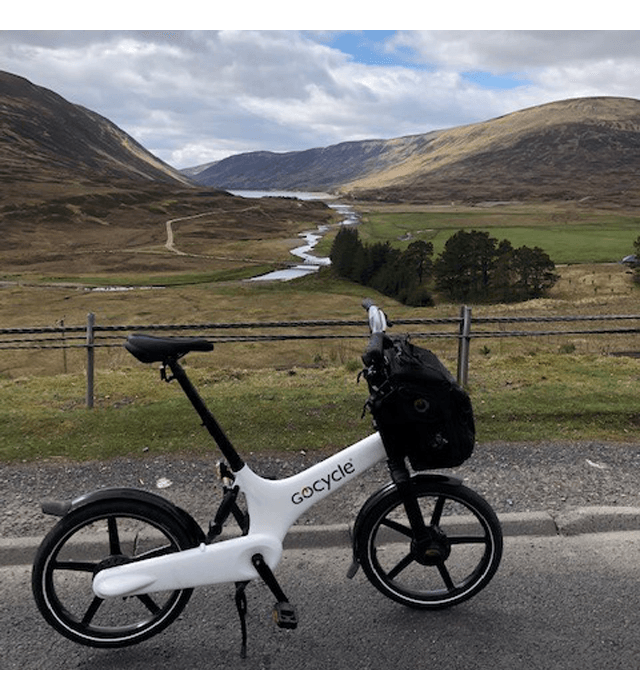 I won’t be joining the end to enders association. I have learned a little about myself from this journey. Most of all I have had tremendous support and encouragement from Young Minds, Palantir, Gocycle, work colleagues, friends and family who have joined and willed me through the miles; that association of people is the association I have joined and its fab. And together I hope we have raised a little more awareness of mental health and the great work that charities like Young Minds do.