“These life-altering electrically assisted bicycles quite literally changed the way we did things at home. Visiting the shops, popping over to the library, nipping down to the gym, all saw the car left in the driveway and us donning our helmets. Suddenly, despite being of pensionable age, biking became fun again.”

Trust us, we are not getting any younger but we have got no intention yet of ever giving up our travel writing job which for the most part revolves around travelling the world visiting, sailing in and writing about; luxury superyachts whose price tags are in the multimillion-dollar price range. It was while talking with a superyacht Captain some two or so years back that we first heard about the Gocycle. His yacht had four of them stowed in the toy garage alongside the Jet skis and the mini submarine. They were, he said, primarily on board for the crew to use in and around the ports the yacht was docked in a bid to cut down on taxi fares. “But,” the Captain added, “the yacht owner and his guests have got to hear about them and now more often or not it is our millionaire charter guests who get first call on these all electric bikes. They love them.” 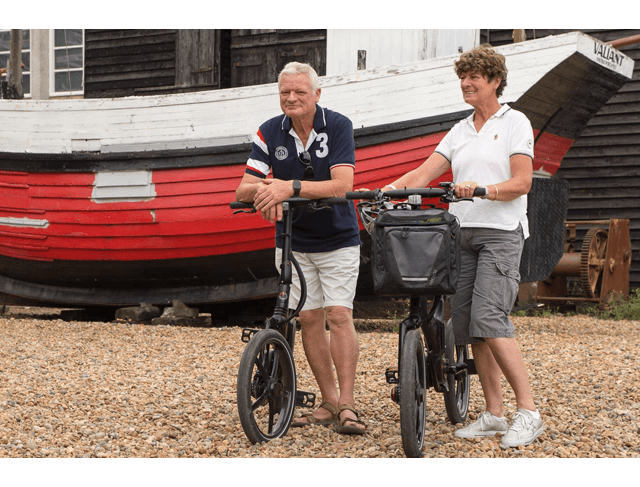 Intrigued, we asked if we might try them and within minutes, we were whizzing along the dockside in Juan Les Pins in South of France. Now at our ripe old age, we have to confess it was the first time in a decade or two that we had sat astride a push bike and we honestly thought our cycling days were over. Yet three days after first setting eyes on the Gocycle GS, we had bought not just one but two of the stylish beauties.

These life-altering electrically assisted bicycles quite literally changed the way we did things at home. Visiting the shops, popping over to the library, nipping down to the gym, all saw the car left in the driveway and us donning our helmets. Suddenly, despite being of pensionable age, biking became fun again. 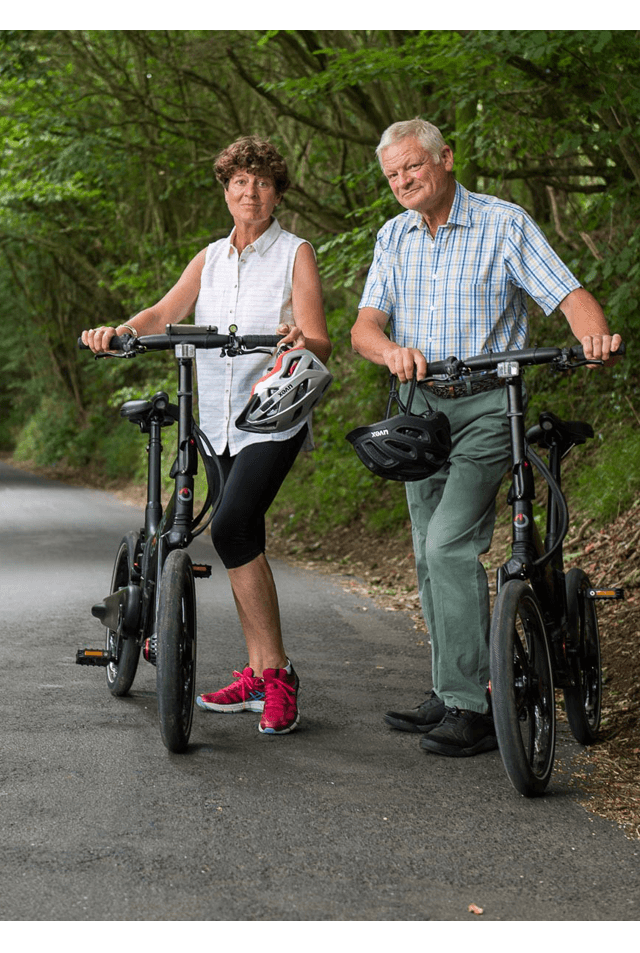 Grandchildren suddenly found that their own bicycles were much more fun now that the whole family could take to the cycle paths that surround our home. Steep hills and tracks that were before daunting to everyone except the most serious of riders, were suddenly achievable at the touch of a button and yes we mean that quite literally.

If we had a complaint at all, it was that our car was too small to carry them when we wanted to visit new places to ride. What we really needed were similar bikes that could fold in two and stow away inside our car. Fortunately for us the designers at Gocycle were yet again ahead of their game and the quick folding GX model was introduced into the company’s clever product line up. 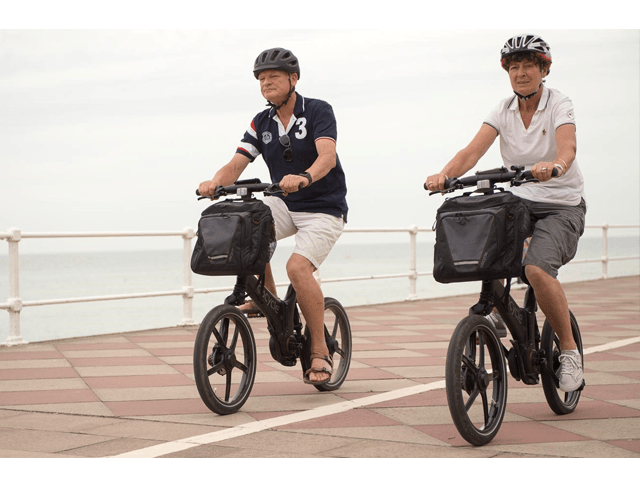 It did not take us long to see the merit of the new GX models and we quickly and easily sold our GS models to proudly become the amongst the very first private customers to ever sit aside their own GX models.

Frances and Michael Howorth are an award-winning team of professional freelance travel writers specialising in coverage of luxury yachts, boutique cruisers and oceanside resort hotels and spas. Both are members of the British Guild of Travel Writers and the Travel Writers Alliance. They have been travelling together for the last thirty years initially working aboard cruise liners then as crew aboard luxury private and charter yachts as well as in their own sailboat. To see what they are doing now click here