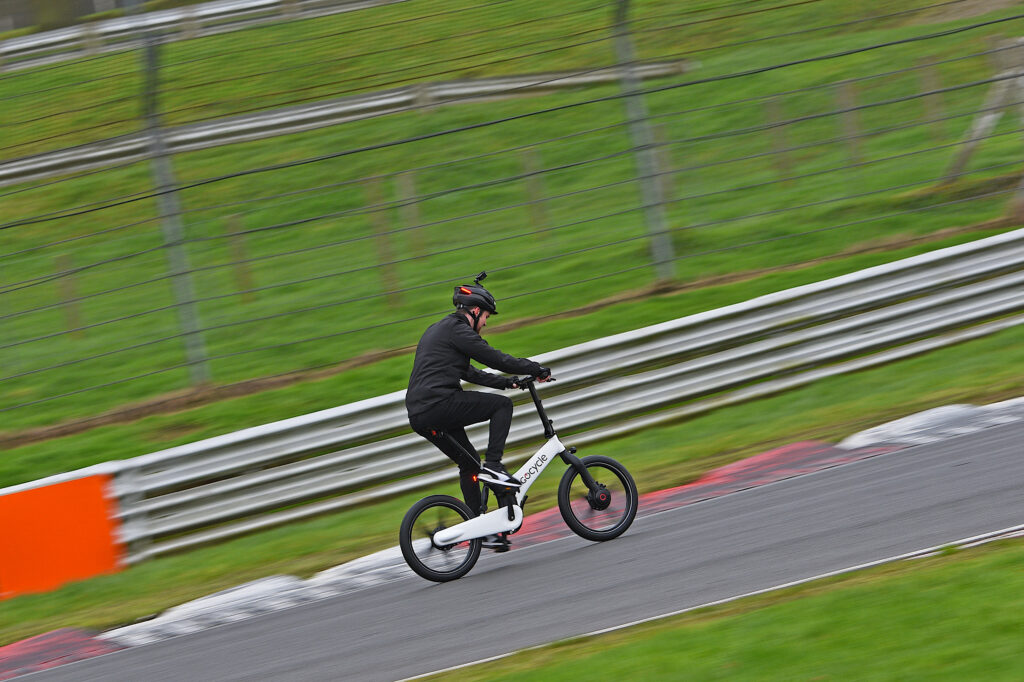 Ever wondered what it would be like to race a Gocycle on track? Read on.

The award-winning Gocycle G4 set the inaugural e-bike record, completing a lap of the former home of the British Grand Prix in just 3mins 19 secs.

G4 was well equipped for the job with its automotive-inspired design features including built-in traction control and bespoke MotoGP-inspired treaded tyres that are infused with silica compound for superior grip and sure-footed handling. 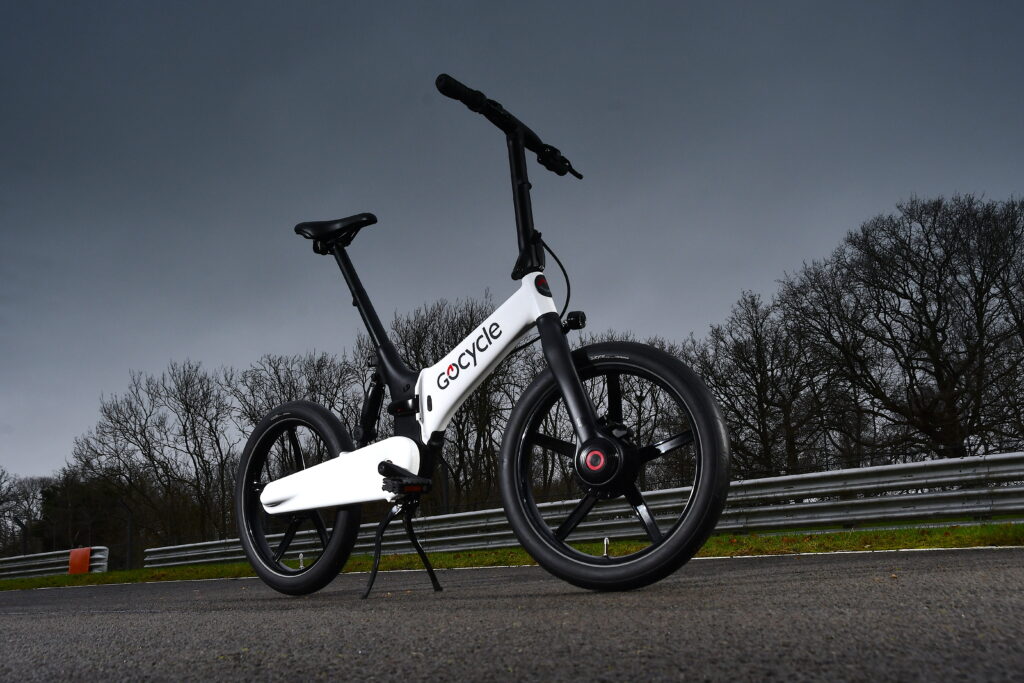 Gocycle Engineer Tom Dowrick took to the saddle of the G4 for the record-breaking lap, flattening the steep elements of the circuit with the aid of the powerful G4drive™ electric motor.

Tom Dowrick, Gocycle Engineer, said: “Riding around Brands Hatch on our Gocycle e-bike was an awesome experience, something I’ll remember for a long time. It was amazing to have set the inaugural e-bike lap record at such an iconic circuit. I’m very pleased I was on an e-bike as those hills would have been a real challenge otherwise.”

The record-breaking Gocycle G4 available is available to order now from https://gocycle.com/webstore/and through select resellers throughout US, Canada, UK, and EU.